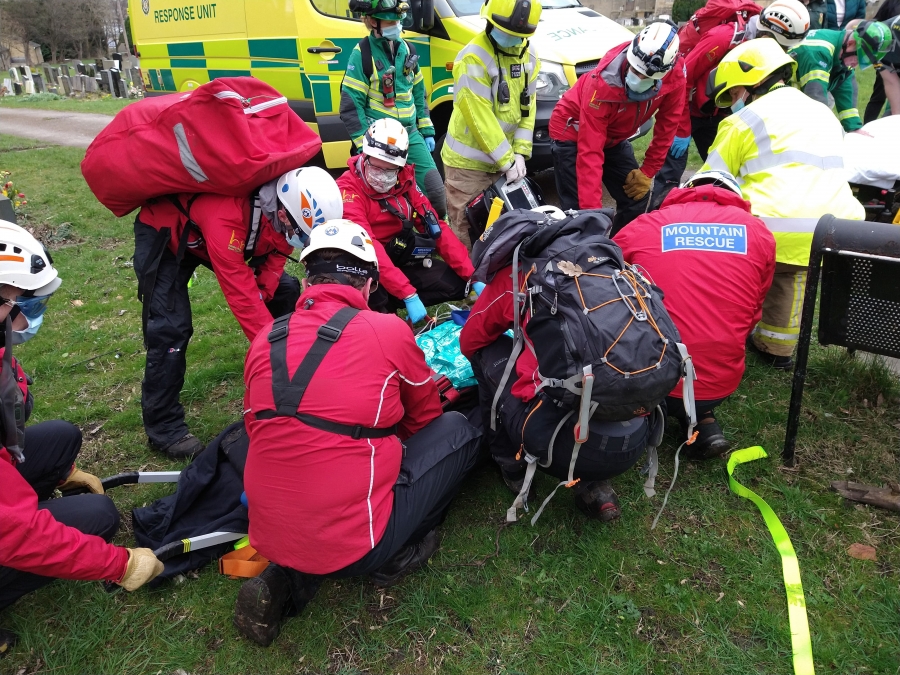 #CALLOUT
At 14:52 on Sunday 28th March 2021 Calder Valley Search and Rescue Team (CVSRT) received a request from Yorkshire Ambulance Service (YAS) to assist with the evacuation of a male who had fallen from a quad bike in Bull Greave Beck, Bradford.
YAS were first on scene supported by the Hazardous Area Response Team (HART), West Yorkshire Fire and Rescue Service (WYF&RS) and West Yorkshire Police (WYP) and provided initial medical care.
Upon arrival of CVSRT YAS continued to provide medical care, stabilising the injuries and placing the casualty onto a specialist stretcher.  The casualty was then transferred to a CVSRT wheeled stretcher and with support from all agencies carried out of the woods to the awaiting ambulance.
#1334 Bull Greave Beck, Clayton, Bradford