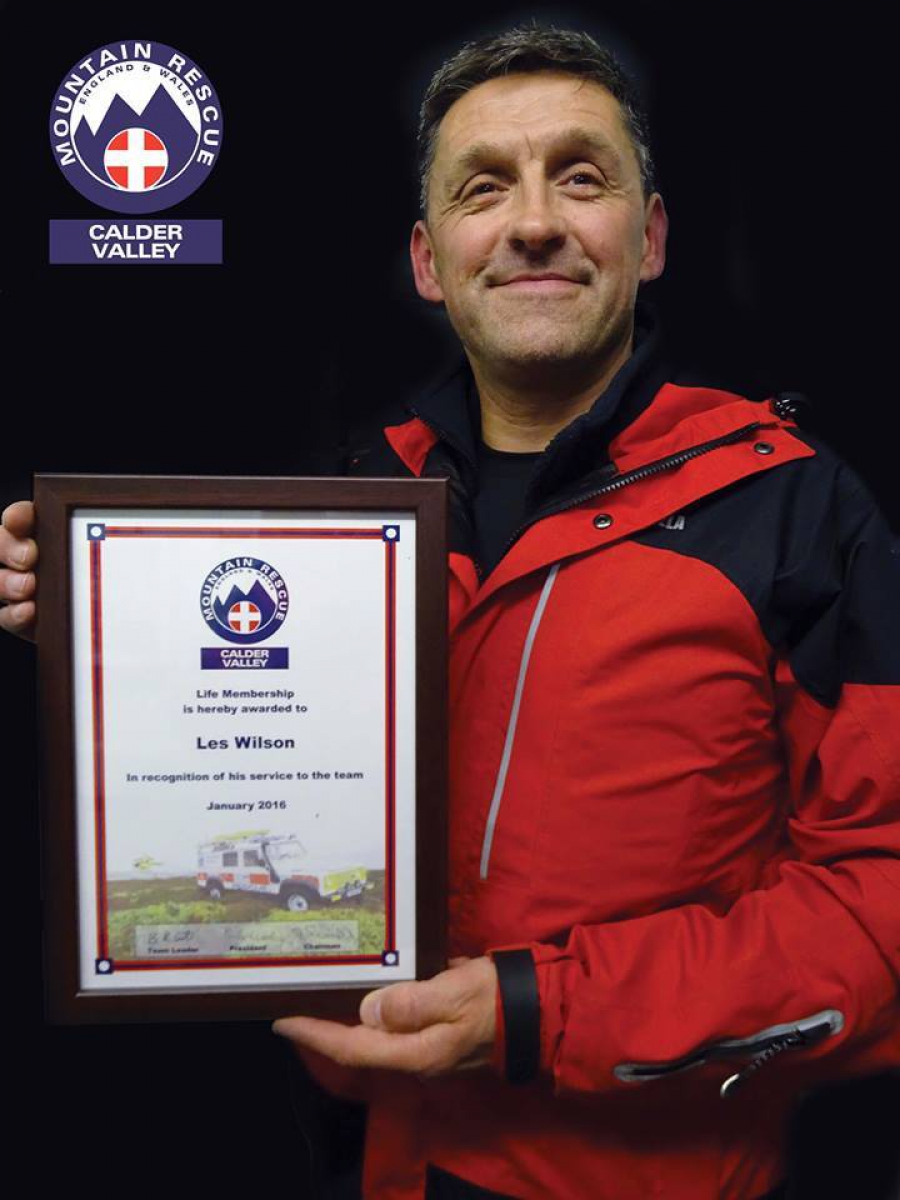 Earlier this week, CVSRT member Les Wilson was presented with a 'Life Membership' award for his service to the Calder Valley Search and Rescue Team.

Les joined the team in 2010 after enjoying 16 years as a combat engineer in the Royal Engineers and finished his army career in the forces as a recce sergeant. It became apparent soon after joining CVSRT he was a natural leader and quickly accepted a role as one of the Assistant Leaders in 2012, and then in 2014 became Team Leader for 12 months.

Les accepted the award and said, “Being part of a strong team has always been important to me and Mountain Rescue fulfils this need. CVSRT is a very busy voluntary team of extremely committed operational team members and supporters, and it is an honour to be awarded this ‘Life Membership’, thank you”.